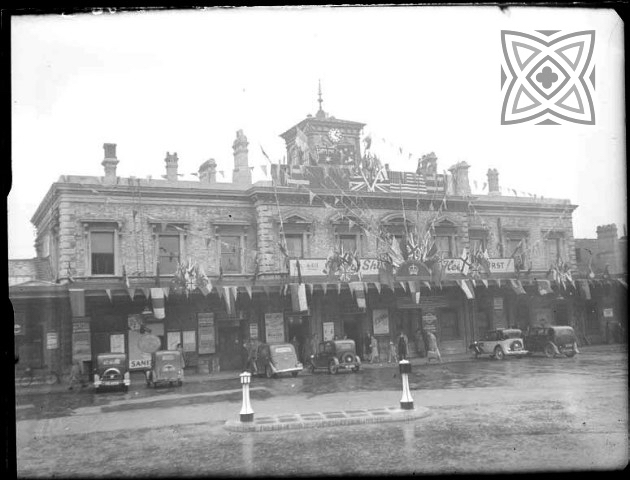 For many years Reading’s station has been a place of cultural exchange, it has played a small but significant part in many stories. Parhaps, the most important of these relate to Paddington Bear and Lawrence of Arabia.

Creator of the famed ‘Paddington Bear’, Thomas Michael Bond, CBE was born on 13 January 1926 in Newbury, Berkshire. His father was a manager for the local post office and growing up, Michael loved to visit Reading Station to watch the steam trains go

by. He also studied at Presentation College in Reading, but left formal education at age 14 as he was unhappy there.

During World War II, Michael saw evacuees arriving at Reading Station on trains from London, this is part of what inspired him to write his own story about a very unusual evacuee; Paddington Bear. Michael served in both the Royal Air Force and the Middlesex Regiment of the British Army. He survived an air raid bombing of Reading Town Centre in February 1943, and it was shortly after this that his military career commenced.

Michael began writing in 1945, and it was whilst working as a TV cameraman for the BBC that he came up with the idea of Paddington Bear. After his first book, ‘A Bear Called Paddington’ was published on 13 October 1958, Michael went on to write a whole series (more than twenty books) and eventually quit his job at the BBC in 1965 to become a full-time writer. He is still writing today and lives in London, England, not far from Paddington Station.

Better known as Lawrence of Arabia Author T.E. Lawrence had a less than favourable experience in Reading’s Train Station. In 1919, Lawrence had just finished the first draft of his book The Seven Pillars of Wisdom when he took it with him on a train from London to Oxford. Lawrence had to change trains at Reading and, whilst he was doing this, his manuscript disappeared. Whether the book was lost or stolen is unclear, but whatever happened to it Lawrence had to rewrite his book from memory.

The book was eventually published in 1922, it became a best seller and is still in print today. Coincidently, the new manuscript Lawrence had to rewrite returned to Reading years later and is now in the archives of the Museum of English Rural Life.