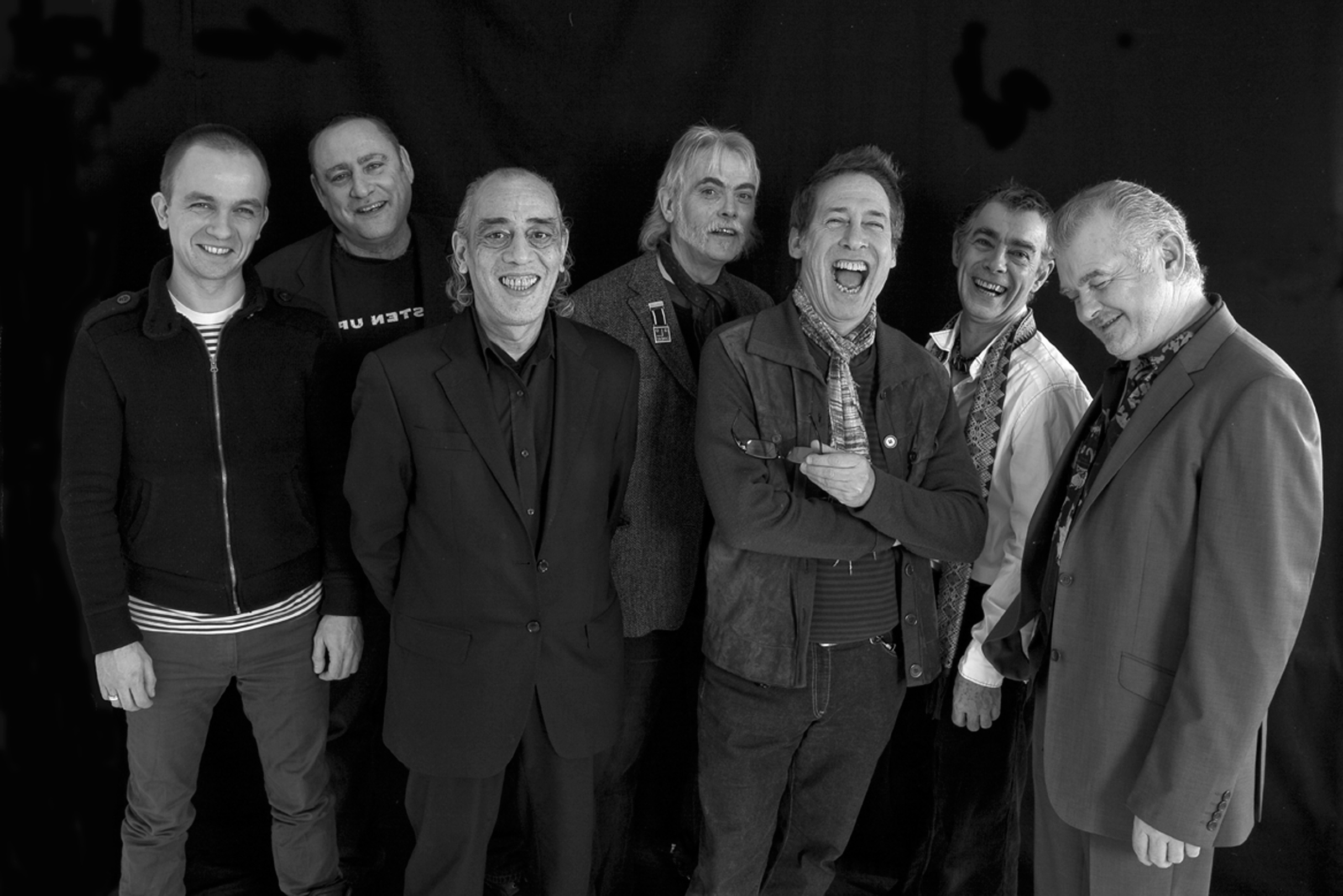 The success of the album was partly due to the fact that these songs had been written over a period of some years by Ian and most successfully with Chaz. By the time they were finally recorded, with Chaz at the helm, no rearranging was needed.

We became front-page tabloid news and briefly crossed over from critical acclaim to worldwide commercial acceptance with our UK number 1 “Hit Me With Your Rhythm Stick” in December 1979. The following album Do It Yourself was similarly inspired, although lacked the impact of the debut, and by our third album Laughter we had teamed up with ex-Dr. Feelgood guitarist Wilko Johnson and lost the co-writing partnership of Chaz. We broke up soon after this.

Like many before him, Ian turned to acting and appeared in several television plays and films in the mid-to-late 80s. Among those were the movies The Cook The Thief His Wife & Her Lover, Judge Dredd and Hearts Of Fire, and the plays A Jovial Crew, The Country Wife, and The Queen And I: A Play With Songs some of which Mick wrote the music for. In 1989, Ian and Mick(who it should be noted was once The Clash’s keyboard player) wrote the excellent musical Apples.

Ian developed bowel cancer in 1996, but responded well to chemotherapy. He was well enough to travel to third world countries as UNICEF’s goodwill ambassador. The cancer returned with a vengeance at the end of 1997 after we had recorded (the warmly-received) Mr. Love Pants and Ian reunited with us in 1998 (now with Gilad Atzmon on Sax taking over from Davey who has been a family man in Cornwall since 1997) and Dylan Howe (on drums – taking over from Stephen Monti who had so finely filled the drum chair for most of the 90’s from Charley who very sadly passed away due to cancer in 1990 and is greatly missed by us all) . Many of the songs on Mr Lovepants had been written for a number of years, and once again the fact that they had evolved into their own arrangements over a period of time made the songs stronger.

Although very unwell Ian continued to make live appearances with us and was seen and heard discussing his illness throughout this time, he even found time to finish his swansong with us in the shape of Ten More Turnips From The Tip right until a month before his death in March 2000.

Ian was an amazing character and a man of many different talents. The way he dealt with his terminal illness was remarkable, but ultimately he will be remembered for the cockney rhyming slang and humour of the highly original catalogue of songs we share with him…

We could go on about how Robbie Williams recorded with us and how Charlie, Mick, Norman and John played on Relax (perhaps even helping to write that very famous Frankie Goes To Hollywood track with Trevor Horn) but we won’t!

In 2001 Derek The Draw (who had been in the extended Blockhead family for years prior to Ian’s death) joined the group as a vocalist – sharing duties with Johnny and a guy called Lee Harris came on board as our caretaker. In 2004 we released Where’s The Party?, in 2005 a live DVD and it’s now our 30th anniversary! We are looking forward to releasing a brand new album of original material by Derek and Chaz in the Summertime. We are also about to release an exclusive download of a show we did in April 2008 where we reunited with Davey Payne to celebrate our 30th Anniversary.