The Small Strings is a Ukulele band. We strum our way though a quirky mix of pop, rock and soul tunes. Our repertoire is drawn from a wide range of pop, rock and soul tunes, we take some of our favourite tracks and give them a ukulele twist. Please contact us if you’re interested in us performing at your event, or if you’re interested in joining in.

Beginning as a group of people who had never picked up a ukulele before, The Small Strings has gone on to become one of Reading’s biggest and most loved ukulele groups. We spoke with the group’s leader, Rob Gilmour about band’s beginnings, its members and its future.

What was the impetus behind forming The Small Strings?
The Small Strings formed out of a 10 week ukulele project run by Readipop. the project was originally a beginners course working towards a Christmas gig, over the course of the project we learned a handful of songs, chose a band name, worked out what we had to wear – all that kind of thing. Then when we played the gig – Readipop’s Christmas Hootenanny 2012, it was great fun and the band went down a storm…. after that we decided we didn’t want to stop so just stayed together as a band and we’ve gone from strength to strength.

What is the make-up of the group like?
Only two people in the band had ever played before we started, so I guess now everyone has around 18 months’ experience! More people have joined the band recently and some of those had played a little before. We stopped taking beginners this year as the group was getting larger and larger and newer players were having difficulty keeping up. So now we run a beginners course, that once people have completed they can join the gigging band.

Could you tell us more about the project the Small Strings emerged from and how it developed from there?
Readipop is a music and Arts charity based in Reading with a strong reputation for delivering innovative and engaging arts projects. We had read an article of how the previous Christmas ukuleles had outsold playstation games as Christmas gifts and reasoned there were a large number of people out there who would like to learn to play and perform. We set it up as a 10 week project to ‘test the water’ and see if people were interested in being part of a ukulele band (they definitely were most weeks we get around 30 people)!

We wanted to make sure that the output of our project was more than just a group of people strumming along so from the outset approached it as a band with bass, percussion, featured singers and very ‘arranged’ pieces of music. This model seems to have worked well and both players and the audience seem to enjoy what we’re doing.

How does the group decide what songs to rehearse and perform?
Most of our repertoire is taken form pop, soul and a few rock tracks. We made a conscious decision to do this at the outset of the project as we wanted to be quite quirky and fun.

I get messages on Facebook every day with song suggestions from people, and always after gigs the audience will suggest tracks they’d like to hear. It’s a difficult balance as not only are we looking for songs that are fun, they have to transpose well to ukulele, have to be playable by all the members of the band, have to fit with the rest of our repertoire and have to suit our vocalists’ voices. To that end, I have final say on which tracks make the set but our featured vocalists also have an input on what tracks might suit their voice.

We do quite a lot of experimenting with songs to see if things work and are fun to play, and can be quite brutal leaving a lot of the ones that don’t work in the studio.

What has the response from the public been like?
Crazy, we thought we were doing something a little fun and that people would tolerate us but couldn’t have been more wrong, people are all over it, they’re all singing along and really getting into the mood we try to create.

I remember a gig we did at the White Hart in Basingstoke and we couldn’t get off stage, they just wouldn’t let us stop playing, they kept asking for more! When we eventually ran out of material I was worried we’d get lynched as they were still shouting for an encore. That was a lot of fun.

Are there any future plans for the small strings?
Total. World. Domination. Haha. In seriousness we’re really happy where we are at the moment, it has been a bit of a whirlwind from a short project to a regularly gigging band that’s offered more gigs than we can say yes to!

We always looking to add new repertoire into the set and to play bigger, better gigs. We did three festivals last year and have been invited back to each of them so we’re keen to try and do a few more of those as they’re a lot of fun.

At the start of this year we also started work on our first studio recording (tentatively entitled The Orange Album) – we hope to have it released before summer.

How can someone go about becoming a member?
The best way for people to join up is to com along to one of our Ukulele 101 sessions that we run two or three times a year, it’s a 2 hour intro to the instrument where you learn a handful of chords, some techniques and a few songs, after the next one we’ll likely run another beginner course as that has been very well received.

Of course if you’re already playing ukulele then just drop by one of the sessions and jam with us to see if it’s for you. We rehearse every Wednesday evening, 7pm — 9pm at Readipop Studios, 35 Milford Road, RG1 8LG. 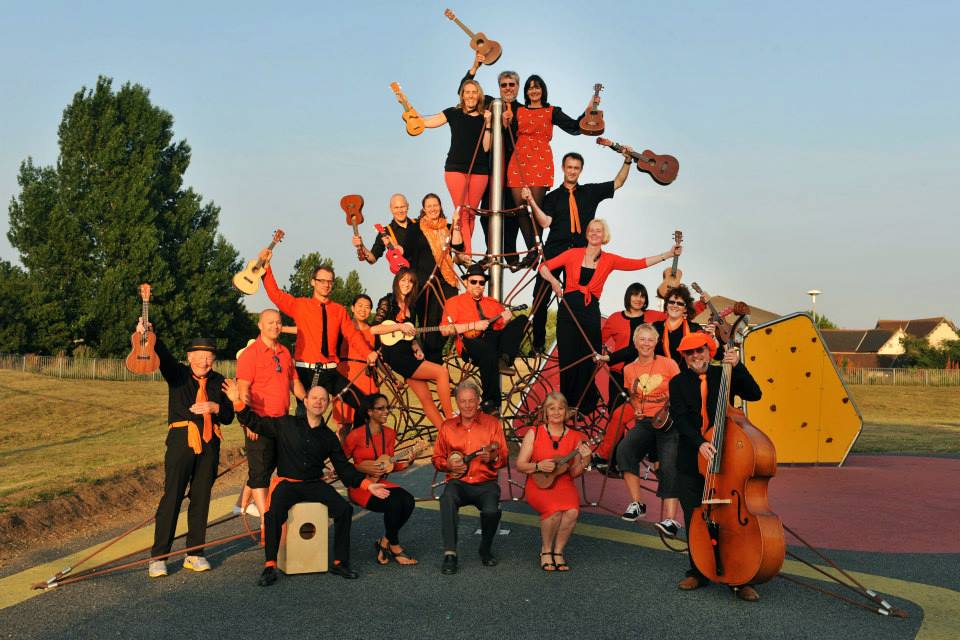 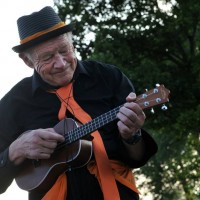 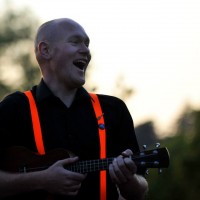 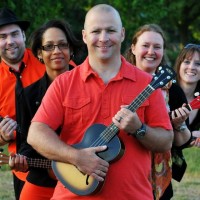 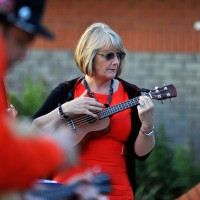 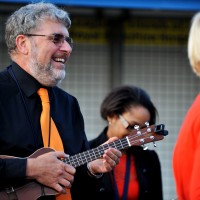 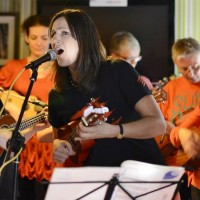 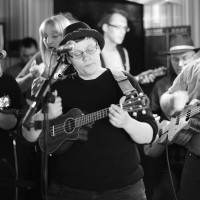 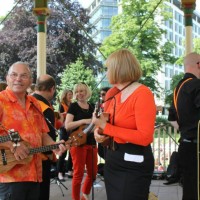 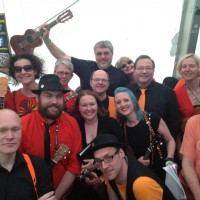 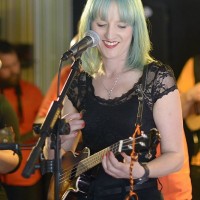 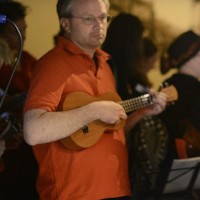 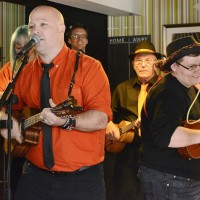 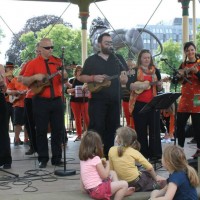 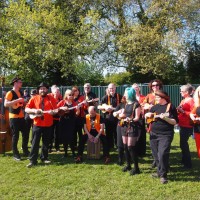 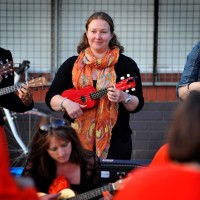