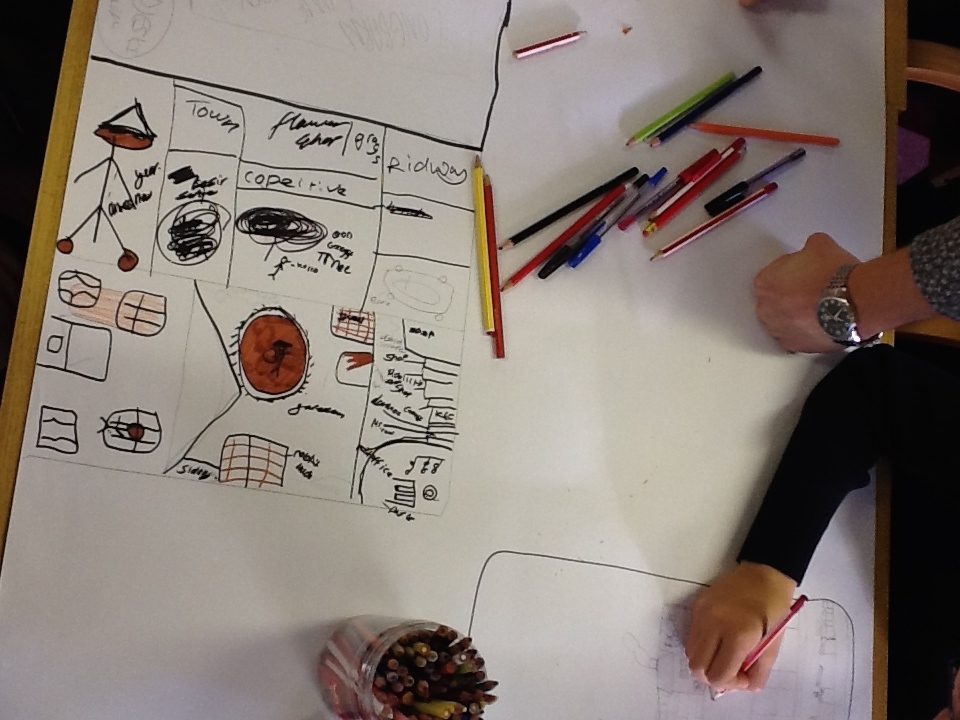 Working across a range of groups Readipop used a variety of strategies ranging from drumming to drawing, talking, writing and performing to unlock the participants’ wealth of knowledge, experience, memories of the their community. Each workshop was tailored to the needs of the participants in order to engage them in meaningful dialogues. Where possible, we tried to establish links between the groups: different groups did similar activities (drawing personal maps of Whitley as a starting point to workshops), or took the work from some participants into groups to ignite discussions and draw out ideas (conversations with Bluebell were taken into the Youth Centre and a dialogue was created between the two groups). We discovered other links that were made without us: Jigsaw contributed to a poem about Ron Lamotte who was known as Moffy in the Youth Centre, his dual identity was a mystery to us until a later session where we invited the young people to write a poem about him.

The final piece of art was a combination of multiple multi-media stations bringing together all of the work done across the various groups.

Whitley Soundtracks was a project for Whitfest delivered and conceived by Readipop. The project created a sonic snapshot and aural collage of the sounds, voices, stories and music that represents the people and places of Whitley in 2014. Readipop’s team worked with 6 different groups and organisations (a total of 116 participants) from across Whitley over the period January to June 2014.