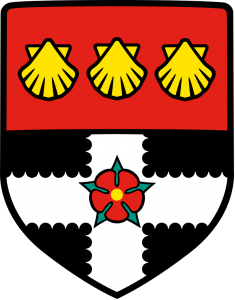 In 1908, Reading University College, employed the first British female professor, Edith Morley, who was appointed professor of English language. The memoirs of Edith Morley, were published to coincide with International Women’s Day and the University of Reading’s 90th anniversary celebrations.

Reading University College has a world renowned typography department. The Otto and Marie Neurath Isotype Collection is the most comprehensive archive of the work of the Isotype movement.

UoR is also home to the Ladybird book archive. Ladybird books were first produced during the First World War by Wills & Hepworth, a jobbing printer. Initially they were simply children’s story books but after the Second World War the firm started to produce educational books which increased sales enormously.

Heelas window display in the 1930s by Philip Osborne Collier, Courtesy of MERL

Two children’s authors taught here: Allen William Seaby is best known as an ornithological painter and printmaker, and Professor of Fine Art at the University of Reading. He was the author of several art books for students, and also wrote and illustrated books for children. Another one is Kathleen Hale, a British artist, illustrator, and children’s author, which is best remembered for her series of books about Orlando the Marmalade Cat.

University of Reading also has a huge archive of photographs of Reading: Dann-Lewis photograph studio, which was a family firm, began in 1856 when Mrs Dann opened a shop at 35 Broad Street and remained until its closure in the 1940s. This almost undoubtedly makes her Reading’s first female professional photographer, and something of a pioneer. Phillip Osborne Collier was a commercial photographer and postcard publisher working in Reading from around 1905. He formed a partnership for some years with fellow photographer Eric Guy during the 1920s.