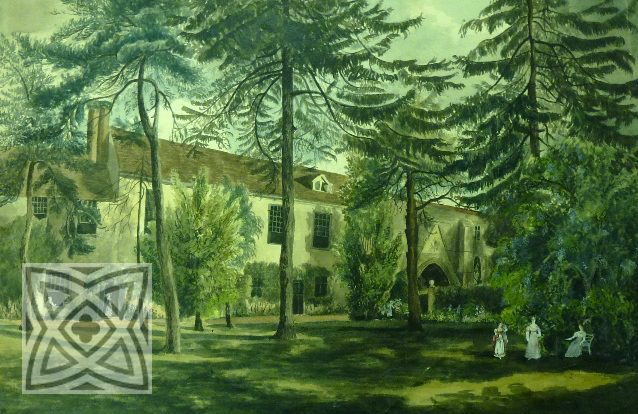 Jane Austen, one of the greatest writers in English history, was born on 16 December 1775 in the county of Hampshire. Although she was not widely known before her death, Austen’s novels, including ‘Pride and Prejudice’ and ‘Sense and Sensibility’, went on to become world famous literary classics.

Growing up, Jane lived with her large immediate family of six brothers and one sister, Cassandra Elizabeth, who was Jane’s closest friend throughout her life. Their parents, Reverend George Austen and Cassandra Austen of the aristocratic Leigh family, were well-respected within the local community and were responsible for introducing Jane and her siblings to creative thinking and an interest in books.

Between 1785 and 1786, Jane and her elder sister Cassandra (aged 9 and 12 respectively) attended The Reading School, a boarding school next to the Abbey Gateway, and this was to be the only time that they would live away from home. The Austen girls were happy during their time in Reading, however they were brought back to Steventon in Hampshire for good after their parents found they could not afford to keep both girls at the school. Jane was homeschooled from then on, and for the rest of her life she never again lived away from her immediate family.

At home, she had access to her father’s large collection of literature and was encouraged by Mr Austen, who supplied her with notebooks, paper and writing tools, to write her own works. Her first novel ‘Sense and Sensibility’ was published in 1811 and in January 1817, she began work on a new novel, ‘Sanditon’ but later died on 18 July 1817 of what some say might have been Addison’s disease, leaving the novel unfinished.