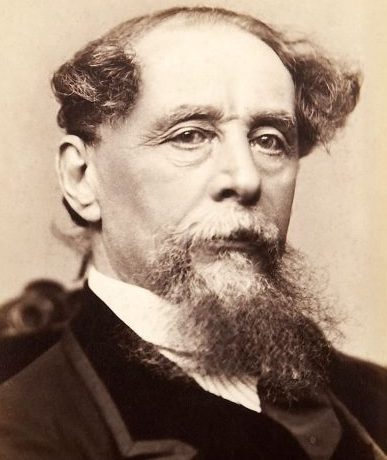 Charles Dickens (1812-1870) is widely regarded as the best author of the Victorian era. His characters- like Oliver Twist, Miss Havisham and Ebenezer Scrooge- have become some of the best known in English Literature. His work was immensely popular during his lifetime and has not been out of print since.

Dickens has several connections to Reading having visited the town a few times over the years. He had many friends in Reading, which is perhaps why the local Liberal Party asked him to stand for election here in 1841. Dickens was flattered but declined, on the grounds that he didn’t have the money to stand as MP.

In 1851 Dickens came to Reading Town Hall with his company of players to perform two comedies: Not So Bad as We Seem and Mr. Nightingale’s Diary

In 1854 he visited the Literary, Scientific and Mechanics Institute in London Street to do a reading from his book A Christmas Carol. The owners of the building have chosen to commemorate this by naming the building Great Expectations in his honour.